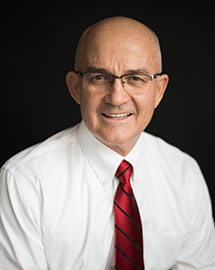 Every year, Kevin’s production includes about 50% of returned clients, some going back to when he first started in Real Estate. Kevin values honesty and integrity and puts his clients interest and protection as top priority. He has been self-employed since he was 20 years old and recognizes the value of referring and returning customers.

Kevin was raised on a farm in Duchesne, Utah. From an early age he learned work ethic, responsibility and accountability  by raising cattle , growing crops of potatoes, corn and hay while his Dad worked away in construction.
Growing up around horses, Kevin developed a passion for riding and training horses whenever he has a spare minute.

Kevin believes in continuing personal growth and continuing education in this changing industry and has been a part of the Mike Ferry Organization Coaching Program since 2001.

Kevin has served as either chairman or on the committee of the Grievance Committee for the UAR  for the past 7 years and is currently serving on the committee. He is also currently a  member of the Washington County Board of Realtors MLS Committee.

Kevin’s past leadership roles include: